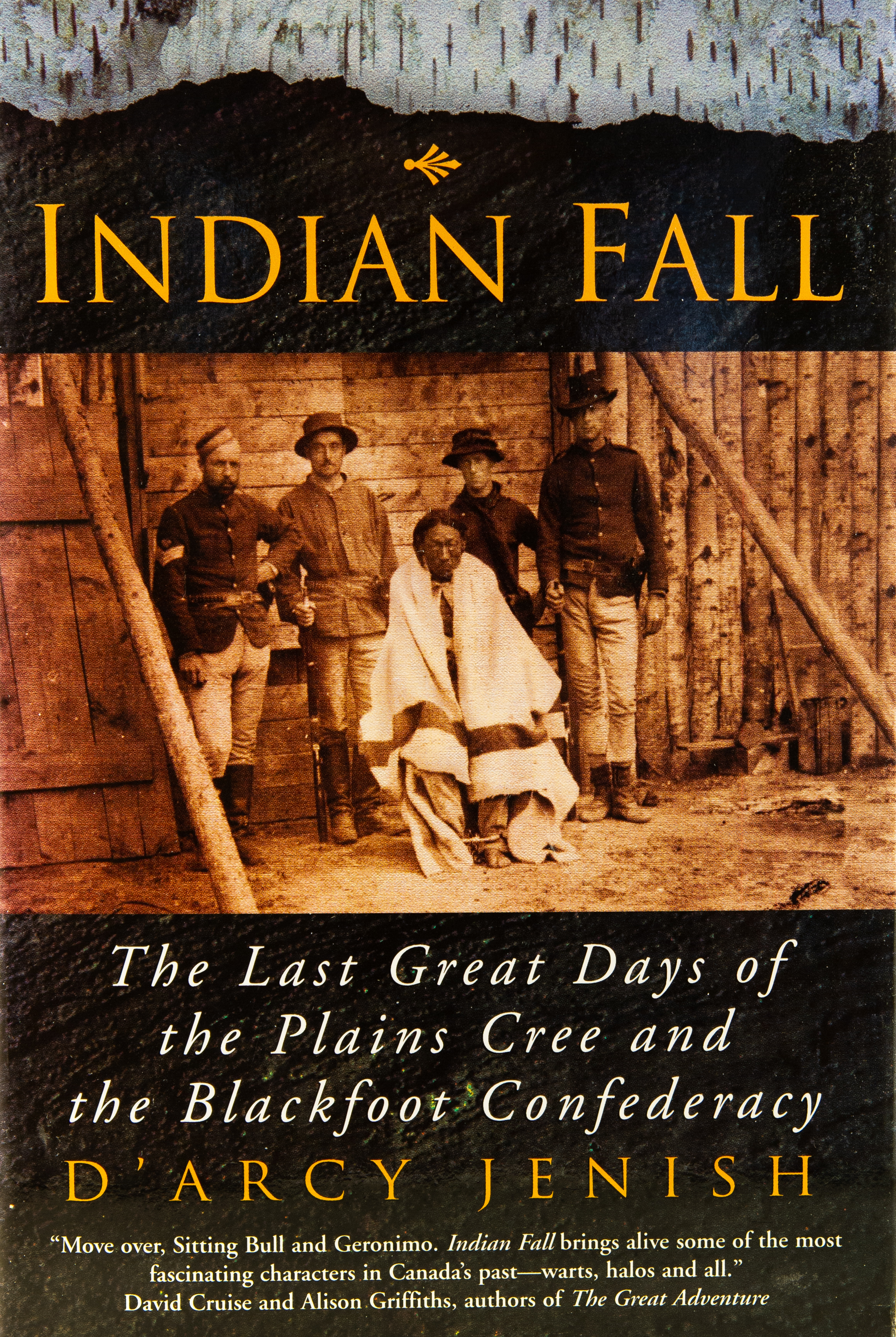 The 19th century was time of turmoil, trauma and conflict in the Canadian West. Cree, Blackfoot and other original inhabitants were being pushed aside by newcomers. Wars, famines and plagues; treaties, trials, refugees and hangings were all part of the swirl of events that brought an end to ancient ways of living and allowed a new order to rise.

Indian Fall is an arresting account of this epochal conflict, told through the lives of four heroic native leaders: Piapot; Big Bear; Crowfoot and Poundmaker. Their way of life allowed them to draw strength from the elements, knowledge from the land and wisdom from their dreams. Their culture was based on motion and mobility, homes that were light and portable, villages that flowed with the seasons and the herds of buffalo.

These men and their peoples were up against an alien and incomprehensible civilization that strove for permanence, erected fences and fixed structures, built roads and railways, and adhered to clocks and calendars. The times denied Piapot, Big Bear, Crowfoot and Poundmaker rousing victories and personal glory. They relied on unshakeable courage and integrity to deal with circumstances that they scarcely understood and had no hope of controlling. They were heroes to their followers and rightly so for they were remarkable leaders.

Move over, Sitting Bull and Geronimo, Indian Fall brings alive some of the most fascinating characters in Canada’s past–warts, halos and all.” – David Cruise and Allison Griffiths, authors of The Great Adventure

Mr. Jenish’s Cree and Blackfoot, Stoneys and Sioux ride through his account in all their ferocious, generous and arrogant glory.” – Link Byfield in Alberta Report magazine.