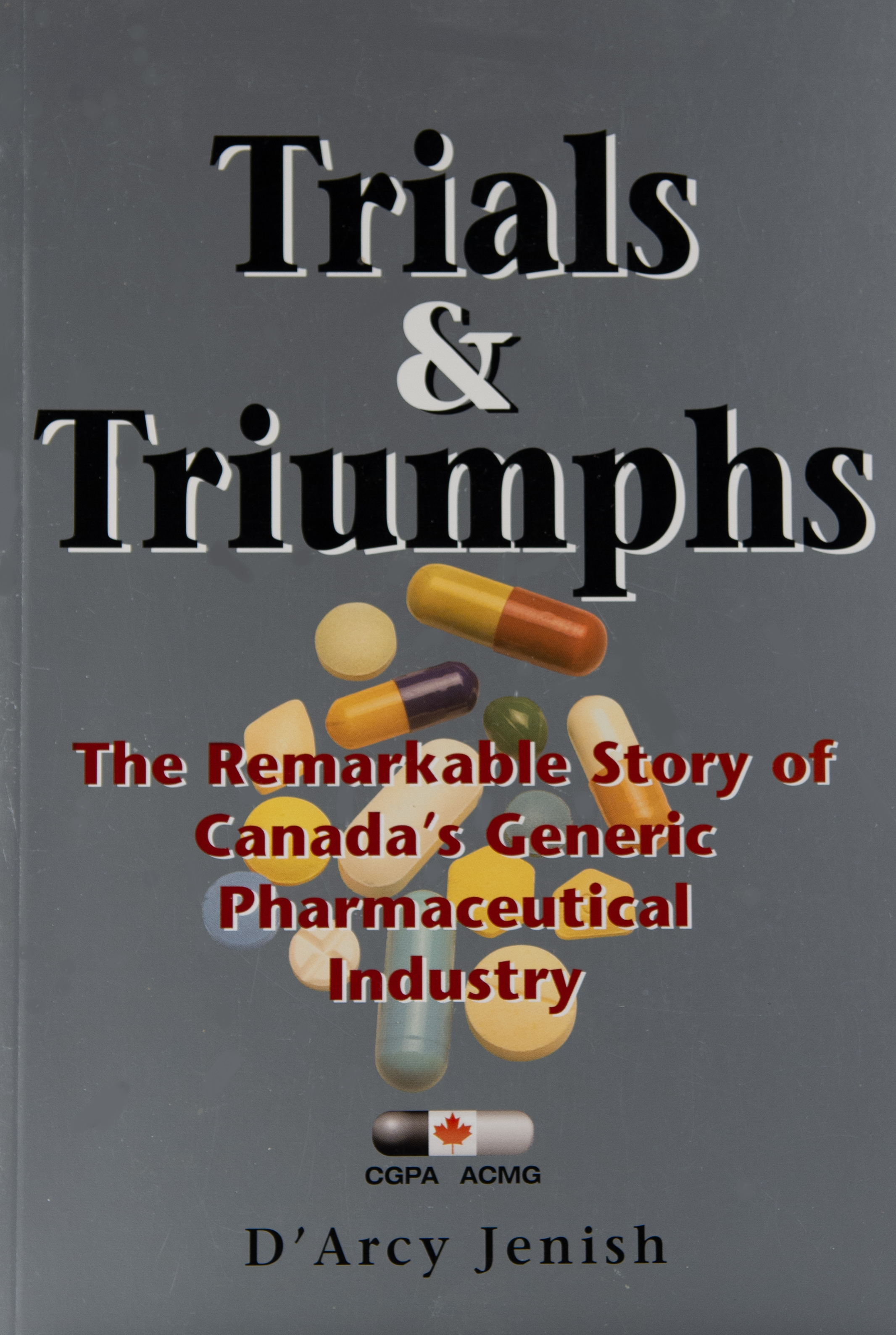 Shortly after the end of World War Two, a few mavericks, visionaries and contrarians began small-scale manufacturing of generic pharmaceuticals in Toronto and Montreal. Despite working in an unfavourable regulatory environment and an industry dominated by powerful, multinational drug companies, they survived and flourished. By the turn of the century, some of these small-scale Canadian operations had grown to become large corporations. They were competing successfully on the world stage. They were selling hundreds of products in dozens of countries.  Trials and Triumphs is an official history that was commissioned by the Canadian Generic Pharmaceutical Association. It recounts the birth, growth and startling success of an industry that makes a vital contribution to the country’s economy and its universal health care system.