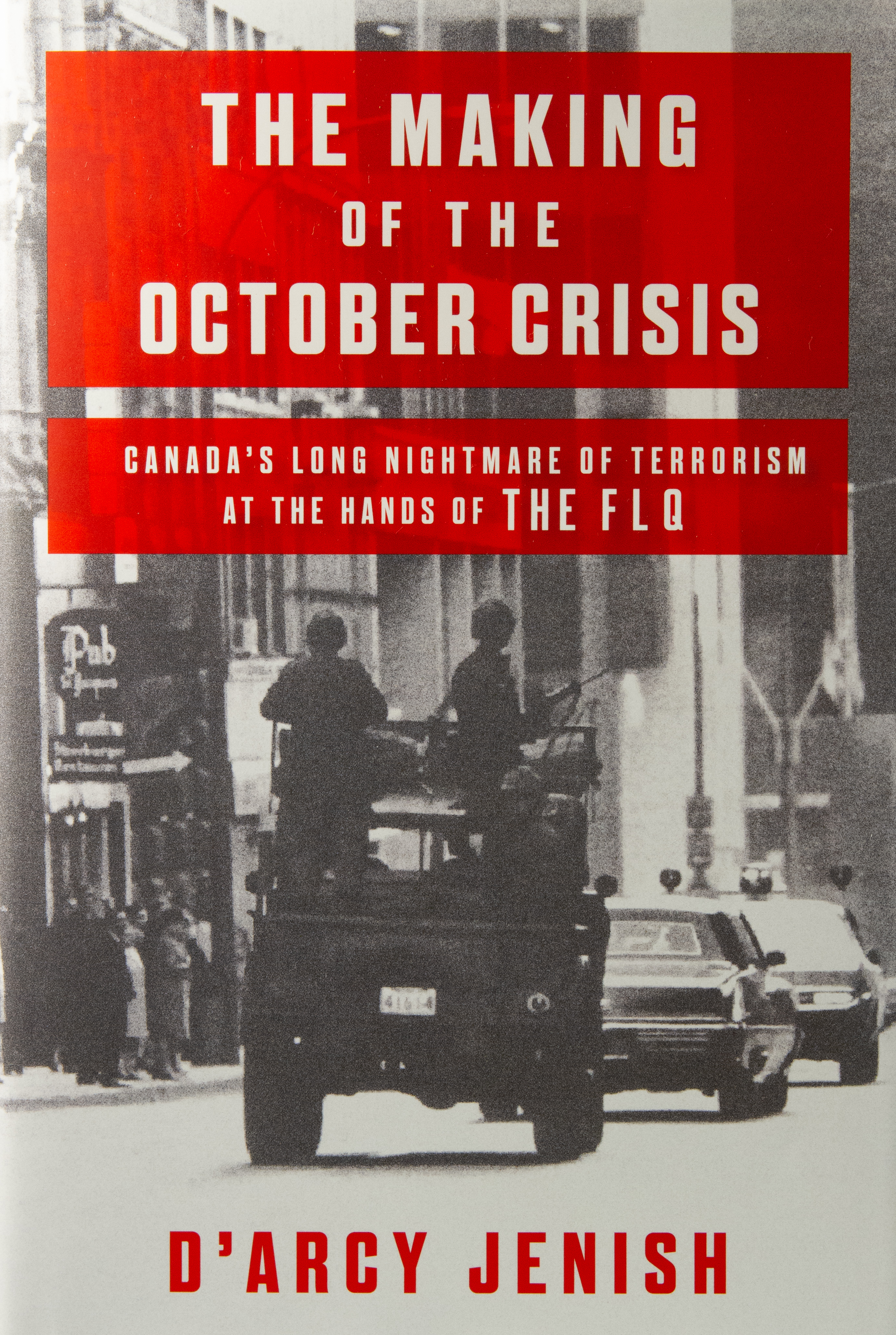 The first bombs exploded in Montreal in the spring of 1963 and over the next seven years there were hundreds of bombings, dozens of banks robberies, thefts of dynamite and weapons, six deaths and finally, in October 1970, the kidnappings of James Cross, a British diplomat, and Pierre Laporte, a Quebec cabinet minister. The perpetrators of all these acts were members of the Front de Liberation du Quebec and resorted to terrorism to achieve their goals of a sovereign and socialist Quebec.

The Making of the October Crisis: Canada’s Long Nightmare of Terrorism at the Hands of the FLQ is the first full account of these events. In researching the book, author D’Arcy Jenish conducted dozens of interviews, read contemporary newspaper accounts in French and English and was given access to dozens of previously unpublished police documents. These include reports of bombing incidents, confessions by bombers and kidnappers and witness statements and all shed new light on these tumultuous events.

Jenish is the first writer, in English or French, to interview retired police officers charged with investigating terrorists acts and organizations. He provides riveting accounts of the work of Robert Coté, former head of the Montreal bomb squad, who dismantled 24 FLQ bombs with his bare hands and without any protection. He quotes verbatim from the confession of Pierre-Paul Geoffroy, who was implicated in 31 bombing incidents and received 124 life sentences – the harshest sentence ever handed out in the British Commonwealth. And he has a captivating account of the confession of Georges Dubreuil, who admitted planting 15 bombs in 1968 and 1969, but never went to prison because the case against him collapsed and he had decided to enter the Trappist monastery at Oka, Quebec.

Relying on Quebec government documents, and the memoirs of former terrorists, Jenish lays out the meticulous planning that went into the kidnapping of James Cross and the haste and recklessness behind the kidnapping of Pierre Laporte. He provides a detailed account of the last tragic hours of Pierre Laporte, who was strangled by two of his abductors. He explains how the kidnappers evaded police for weeks and provides an eyewitness account of the arrest of the Laporte kidnappers in late December, 1970.

The story doesn’t end there, however. The author has devoted a full chapter to the travails of the Cross kidnappers, who spent nearly a decade in exile - first in Cuba and later France - and he has documented the high-profile campaign by Quebec artists, writers and intellectuals to win the release of the Laporte kidnappers and other imprisoned terrorists. He concludes the book with a chapter entitled What Became of Them – an account of the later lives of some of the most prominent terrorists.