The NHL: 100 Years Of On-ice Action And Boardroom Battles 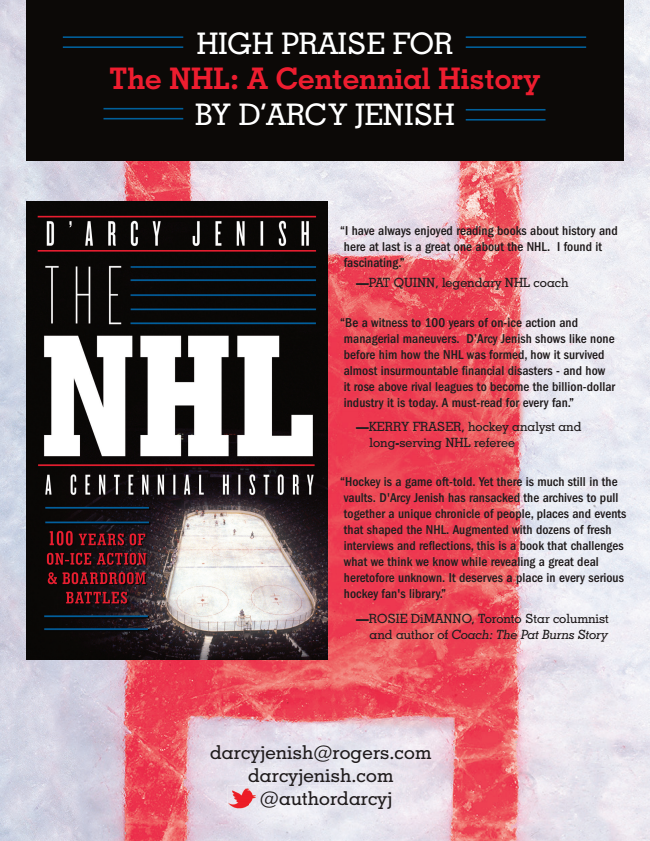 The National Hockey League — born in a Montreal hotel room on November 26, 1917 — had much to celebrate as it approached its centenary. Millions of fans from Montreal to Miami and Edmonton to Anaheim attend NHL games each year, millions more watch on TV and the league pays its best players multi-million annual salaries.

Over the course of its first century, the NHL’s fortunes have ebbed and flowed. It has experienced setbacks and triumphs and innumerable crises. The league has awarded many franchises only to see some of them falter, fail and fold. The board of governors – which has included rich eccentrics and at least one future convict – has sometimes been fractured by men who loathed each other. How on earth has the NHL survived? The answer lies in the remarkable fact that it has had only five presidents and one commissioner. Two of these chiefs were stop-gaps. For the balance of league’s ninety-plus years, four men have shaped and guided its fortunes and controlled the tough, hard-nosed, sometimes unruly owners who constituted the board of governors.

This is the story of two perpetual struggles — the one on the ice and the one going on behind the scenes to keep the whole enterprise afloat. D’Arcy Jenish was granted unprecedented access to previously unpublished league files, including revelatory minutes of board meetings, and conducted dozens of hours of interviews with league executives, including commissioner Gary Bettman and former president John Ziegler, as well as well as owners, coaches, general managers and player representatives. He now reveals for the first time the true story behind some of the most significant events of the contemporary era.