Epic Wanderer: David Thompson and the Mapping of the Canadian West 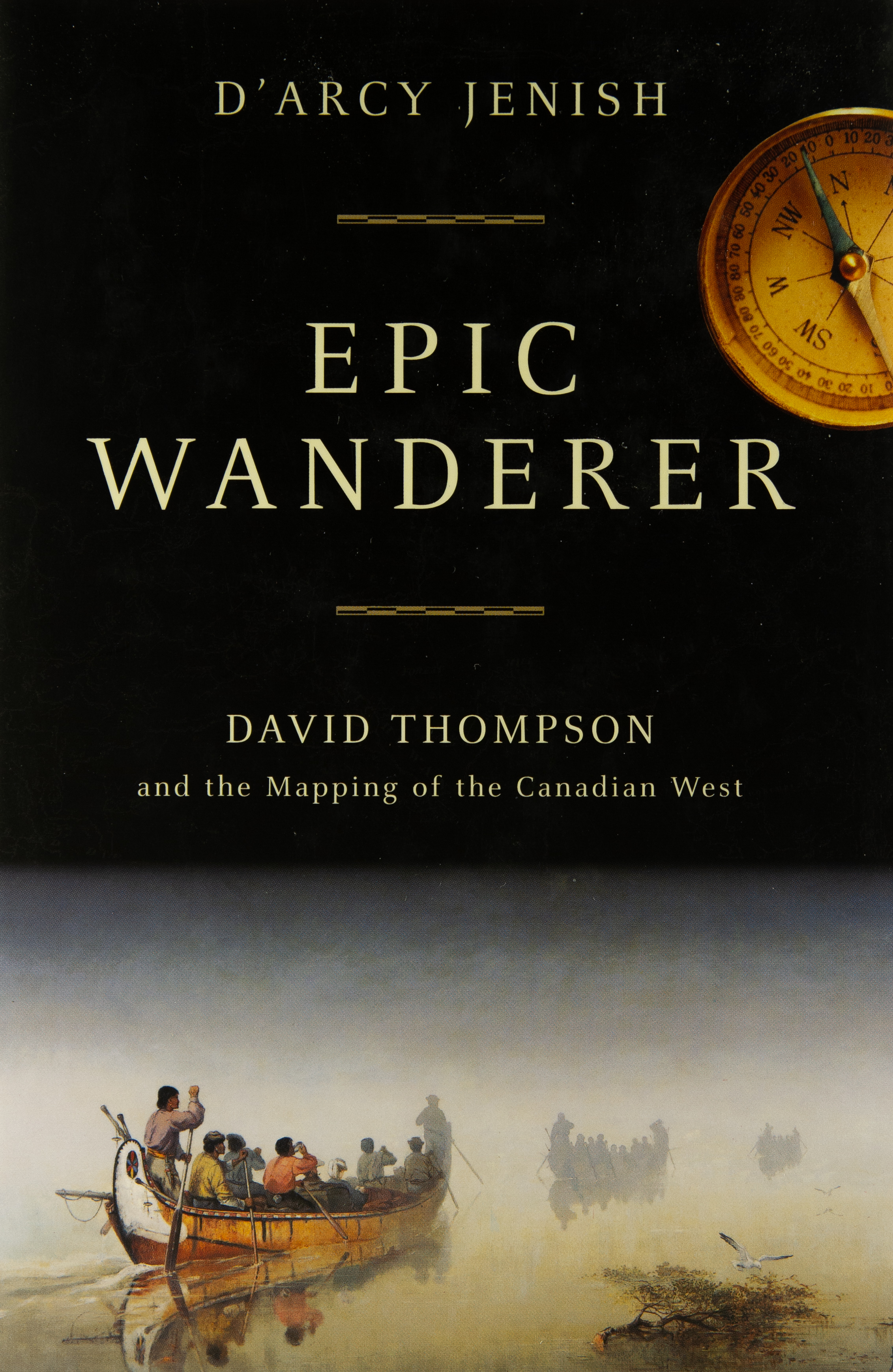 The first full length biography of the fur trader, explorer, mapmaker David Thompson, one of the most remarkable characters in the early history of North America.

David Thompson was born in London in 1770 and died near Montreal in 1857. He arrived in Canada in 1784 and spent 28 year roaming lands known as the Great Northwest. Lands bounded by Hudson Bay, Lake Superior, the upper Missouri River and extending all the way to the Pacific.

All those vast, uncharted resource rich lands were then the domain of the Indian–Chipewyan, Cree, Ojibway, Mandan, Blackfoot, Kootenae, Salish and many lesser nations. Rival fur trading companies coveted these lands and contended for control of them and rival nations–Britain, America and Russia–sought to claim as much of the Great Northwest as possible.

Thompson rose to prominence in this world. He began as a boy of 14 on the bleak, lonely coast of Hudson Bay. He became a man of many parts: fur trader, explorer, astronomer, surveyor and mapmaker. He could build a house or a canoe. He could mend his clothes, repair his guns and he had a knack for learning languages. His first was English, his second Cree, his third Blackfoot and his flourth an exquisitely accented French.

Thompson acquired another set of skills that distinguished him from his peers. He mastered the complex science of celestial navigation. He could determine his precise position in degrees of latitude and longitude by studying the positions and motion of certain celestial bodies. Everywhere he travelled, Thompson observed for latitude and longitude and he later used his observations to create a map that depicted the entire Northwest–from Hudson Bay to the Pacific.
Despite his extraordinary accomplishments, Thompson did not achieve the renown of many of his peers and died poor, blind and obscure.

Epic Wanderer won the 2004 University of British Columbia Medal for Biography–a prestigious award bestowed on many of Canada’s best writers.

“Epic Wanderer is a gripping yarn about one man’s ambitions, his breathtaking adventures and the opening of the West. It’s well researched and it’s heartfelt.” – Ottawa Citizen

“In Epic Wanderer, D’Arcy Jenish remains admirably invisible and allows the remarkable life of his subject speak for itself…It is replete with fascinating detail…” – Quill and Quire